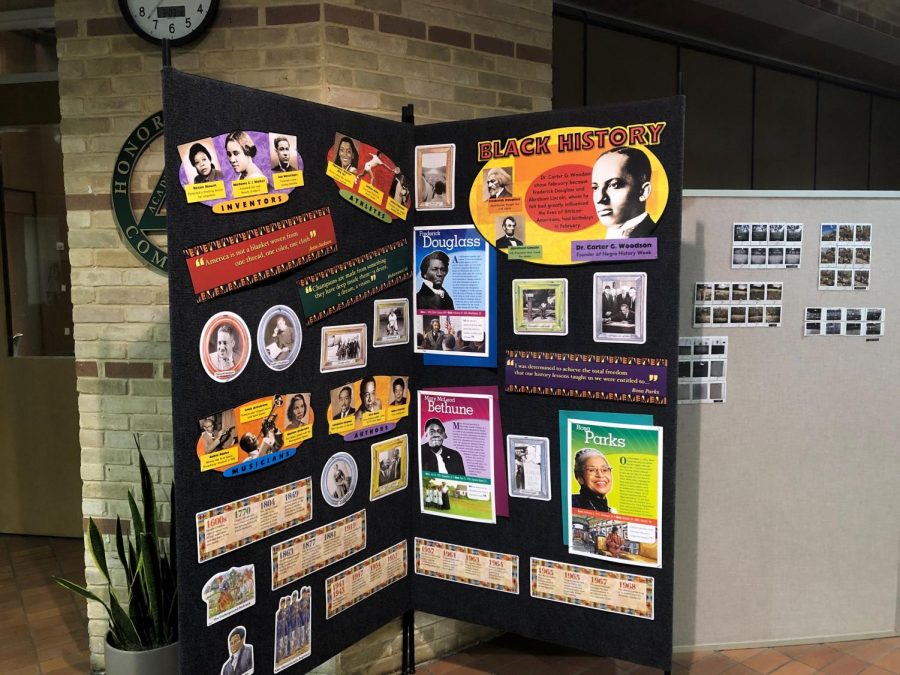 A Reflection on Black History Month

This year, Black History Month was recognized by the Upper School in several ways, including several meetings of the Black Student Union and displays of notable moments in the history of black culture in Upper School South and North. Unfortunately, the busy school schedule that comes with the month of February means that both teachers and students were not able to use the dedicated time to raise awareness of the holiday.

“As a school, we have not really noticed [Black History Month], other than the displays in the Upper School North of some books and quotes. There has been a lot going on in February with SPC and Exams and the new sports starting,” said Smith. “I know that there were plans to have an F Day announcements that we were not able to execute, the Black Student Union asked for it to present on Black History Month and to display the talents of black students here.”

The modular class structure of Upper School makes it difficult for Black History Month to be ubiquitously integrated into all the history classes in Upper School.

“Do I wish that the school did more for black history month? I do,” said Smith. “I wish that Black History Month is taught more in classes instead of all of the activities being student-run.”

The purpose of Black History Month in the United States is a time to recognize African-American achievements and pivotal moments in black history has drawn criticism from activists, who say that the holiday deemphasizes celebration of black cultures in the other 11 months of the year.

“I know that there are people who are against Black History Month because they think that it diminishes the value of black history in the rest of the year, but I think that any time to recognize history is good and always ultimately help,” said Smith.

Director of Equity and Inclusion Dr. Karen Bradberry said that Black History Month should be a platform to stimulate the celebration of black history year-round. Bradberry also wishes for Greenhill to have an inclusive curriculum that makes students feel like their culture is celebrated year-round.

“While I think we should continue to honor cultural/historical events and recognize them at appropriate times according to their calendar, that is only a starting point,” said Dr. Bradberry. “I would like to see Greenhill students engage in an inclusive, culturally responsive curriculum from Pre-K-12th grade, meaning an age-appropriate curriculum that reflects the stories of all cultures, where our students continuously see themselves, their history and their cultures represented in authentic and holistic ways.”

On the other hand, the Middle School has optional planned advisory activities. In comparison to the Upper School, the events are teacher run instead of being student-run. All throughout the Middle School, there are posters and photographs to recognize important people in black history such as Martin Luther King Jr., Frederick Douglass, Barack Obama, Rosa Parks and many more.

Middle School Math teacher Jaye Andrews and Middle School History teacher Lizzbeth Melendez are the coordinators of Middle School Equity and Inclusion. They have both worked to create activities for the students in their advisories. Since the Community Conversations event with Seattle Girls’ School science teacher and diversity speaker Rosetta Lee, the Middle School has been talking about addressing racial microaggressions.

Andrews has tried to incorporate more Black History Month activities in his advisory and has sent out activities to the other seventh and eighth grade advisors. However, the activities serve more as suggestions and ideas of ways rather than concrete activities.

In Andrew’s advisory, he showed his students a video of Martin Luther King Jr. ‘s speech given at Southern Methodist University in 1966 in addition to other speeches.

He also planned an activity where students watched a 20 minute TEDx Talk by Anthony Pearson called “What I am Learning from my White Grandchildren – Truths about Race.” The next advisory time the students separated into small groups for discussion. They are planning to introduce the activity during D-Day Community time.

“I don’t want it to be the only time of year that we talk about these kinds of things. It would be a real loss if we didn’t acknowledge it at all. Sometimes we forget about all the people that pushed to make Black History Month a nationally agreed-upon month so I feel to honor those people we should acknowledge it and do something,” said Andrews.