Xenophobia Spreads Along With COVID-19 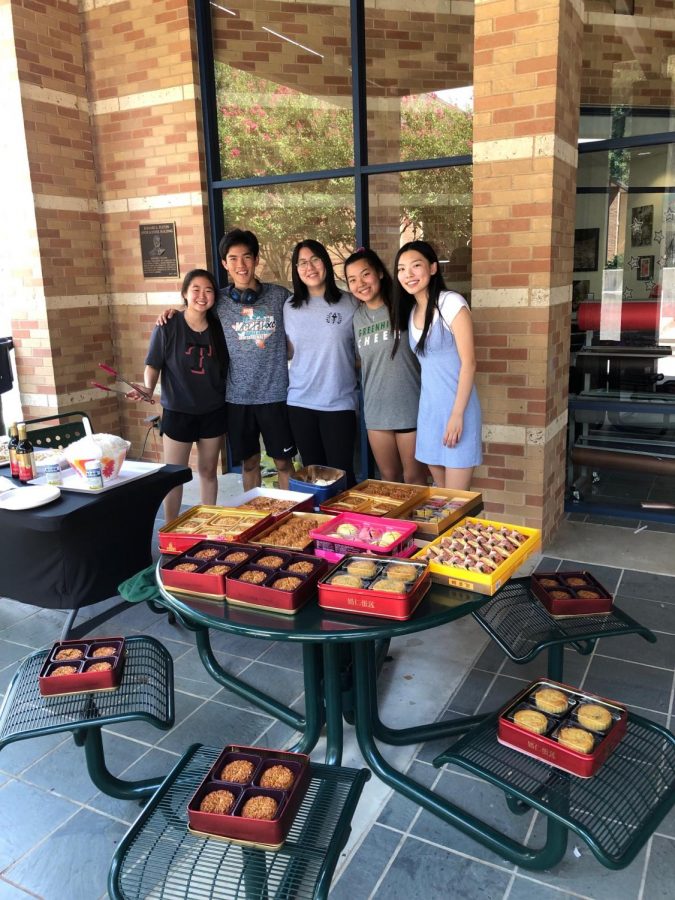 In mid-February, weeks before the spread of COVID-19 was declared a global pandemic, sophomore Ashley Shan was shopping for groceries in a Dallas Tom Thumb supermarket when an elderly white man approached her and said that she “shouldn’t be outside spreading the virus.”

Shan said she was shocked by the encounter. She couldn’t believe that she was hearing such racially infused rhetoric directed toward her in her own neighborhood.

Even worse, she said, as she looked to other shoppers for support, they averted their eyes and turned away.

“It is disgusting how this pandemic has been used as an excuse to attack Asian people, ” Shan said. “No one should have to feel attacked and ashamed for their race or ethnicity. Forcing people to live in fear, wondering if, just because of the way they look, they’re going to be attacked, is completely and utterly immoral.”

The pandemic unleashed by the global spread of the novel coronavirus has brought both death and economic devastation worldwide. It has also spurred a wave of global xenophobia, giving new life to racial stereotyping of Asians.

Head of School Lee Hark flagged the issue early in the developing crisis. In a March 5 letter to parents about coronavirus developments, Hark raised the issues of bias and discrimination in the rapidly changing environment.

“As a community that values diversity, equity, and inclusion, we want to reiterate that any type of discrimination or profiling have no place in our community, and no parent or student should be targeted for any reason,” Hark wrote. “Please reach out to me directly if you should hear of or feel you are a target of any of these behaviors.”

Over the past several weeks, the COVID-19 crisis has emerged as another fault line in America’s cultural and ideological wars. Conservative Republicans have used the pandemic as an opportunity to spotlight China as America’s main economic and strategic rival.

President Donald Trump and other administration officials and Republican politicians have emphasized the Chinese origins of the coronavirus responsible for COVID-19 by publicly referring to it as the “China virus,” “Chinese virus” or “Wuhan virus.”

U.S. Sen. Tom Cotton, R-Arkansas, a prominent Trump supporter, recently defended the practice in an interview on the Fox News show “Watters’ World.” According to Cotton, “Anyone who complains that it’s racist or xenophobic to call this virus the Chinese coronavirus or the Wuhan virus is a politically correct fool.”

In a video-conference meeting of the foreign ministers from the Group of 7 leading industrialized democracies, Trump administration Secretary of State Mike Pompeo insisted on identifying the cause of COVID-19 as the “Wuhan Virus.” Pompeo’s insistence on this language resulted in the G-7 foreign ministers declining to release a group statement, several news organizations quoted European officials as saying.

The World Health Organization (WHO) and other groups have opposed giving the virus a geographic name because of its rapid global spread.

Cotton, Pompeo and other vocal Trump supporters have accused China of putting the United States and other countries at risk by withholding information about the early development and spread of the virus in the city of Wuhan in China’s central Hubei Province.

In the meantime, America has witnessed a rise in acts of discrimination against Asian Americans like that recently experienced by Ashley Shan in her neighborhood supermarket.

A poll by the Asian Pacific Policy and Planning Council, a coalition of community-based organizations that advocates for the rights and needs of the Asian and Pacific Islander American (APIA) Community in the greater Los Angeles area, found a 50 percent increase in anti-Asian rhetoric in news articles. Rep. Judy Chu, D-Calif., recently noted that the number of reported attacks against Asian Americans have risen to more than 100 per day.

Here in Texas, an Asian American father and two young sons were attacked inside a Midland Sam’s Club on March 14 by a knife-wielding assailant, in what the FBI has labeled a hate crime.

Shan expressed frustration over the physical and verbal assaults resulting from the pandemic.  She believes that political rhetoric, including President Trump’s use of the term “China virus,” has contributed to the surge in xenophobia toward the Asian American community, she said.

“This global pandemic calls for a global, unified response, and Trump’s taunts, ascribing the virus to one ethnicity or country, only alienates entire groups of people,” Shan said. “I’m very scared of the lasting effect that Trump’s statements will cause.”

Freshman Hannah Zhou said she has also noticed a change in behavior in how people interact with her in public spaces.

“I was in Costco, and I was walking down the aisle when a white lady saw me and said, ‘oh, hell no,’” Zhou said.

Asian American students haven’t reported any incidents of verbal or physical abuse at Greenhill. However, some students said they were upset by the insensitivity of coronavirus jokes circulating on campus in February, before the spread of COVID-19 resulted in a suspension of on-campus classes on March 13.

“Although my family and friends in China and the U.S. are not extremely impacted by the coronavirus, these remarks can be really hurtful for many people who might have family closer to Wuhan,” Zhou said.

Sophomore Sherry Tang agreed. Jokes about the coronavirus have been used to stigmatize or insult Asian Americans, she said.

“Jokes at the expense of certain groups of people are contrary to Greenhill’s values,” said Hark. “I would not use humor during a national crisis like this.”

Hark said the school hasn’t instituted any new policies to address discriminatory acts or language directed at Asian Americans as a result of the COVID-19 crisis because existing policies in the Greenhill Handbook regarding equity and inclusion would apply.

“Greenhill does not tolerate discriminatory language of any kind,” Hark said. “We have very clear policies in our handbook about this.”

Hark elaborated in an email on the use of such terms as “China virus” or “Kung Flu,” as one White House staff member recently referred to COVID-19.

“We don’t tolerate it, and we deal with it directly and decisively when we hear about it,” Hark said. “That last part is critical—it has to be brought to our attention to be able to respond to it.”

Head of Upper School Trevor Worcester said in a subsequent statement to students that the use of terms like “China virus” to describe the coronavirus were not appropriate.

“If a community member engages in this behavior, we will set up a video conference with your advisor, parent, [Dean of Students Jack]  Oros and a representative from our US Equity and Inclusion Team to determine next steps, including consequences,” said Worcester.

“I don’t think that Greenhill has done anything to ensure that its Asian students are okay or that there are resources in place for us to cope with the rise of hate going on,” said Shan. “If anything, it has only been student-led clubs and groups reassuring others.”

“Any time there is something worldwide like the coronavirus, people are always looking for answers, so I’m not surprised,” said Kiang, “I think a lot of this stigma comes from misinformation.”

“In any situation where a specific group of people are targeted, I think it is extremely important to find out the root of the issue,” said Kiang. “I encourage those who have been stigmatized to consult an adult, so it will help us find out what is causing this sort of stigmatization.”

Shan said the current backlash directed at Asian Americans is part of a recurring theme in American history.

“This xenophobia isn’t anything new,” said Shan.  “The coronavirus is just an excuse for people to attack Asians and Asian Americans.”

Hark said that while he is aware of the rise in xenophobia toward Asian American around the country, he is optimistic that Greenhill values and ideals will prevail.

“My goal in the last few weeks has been to find ways to lift up and celebrate our community as one school, all of us united in the effort to support one another—all of us—despite the challenging times,” Hark said. “I’ve been so gratified by the myriad ways our community has done that. If there are members of our school who have experienced something different, I hope they will tell me.”