What Are Students Doing for Fun During Quarantine? 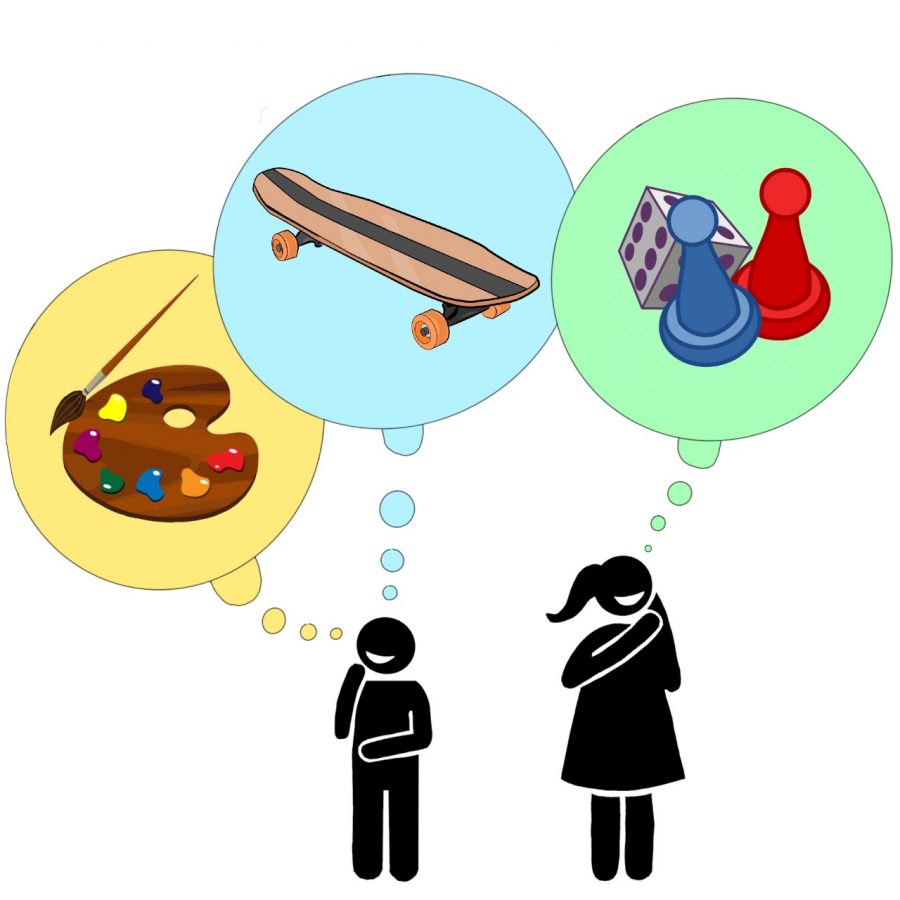 While stuck at home students try new things while in quarantine.

The Covid-19 pandemic has forced the Greenhill campus to remain closed until at least May 4. Students are now engaging in a remote-learning program from their households. But with up to only three classes a day, Greenhill students are noticing that they have a lot more time on their hands than ever before.

What exactly are students doing for fun during the quarantine? While the answer varies from person to person, what is common is that the pandemic has allowed students to either pick up old habits or try new things.

Senior Katie Brodsky has picked up several hobbies during her time in quarantine to help keep herself busy.

Her days during these final weeks of her time at Greenhill, aside from online classes, mostly consist of binging All American and That 70s Show on Netflix.

All American has topped Netflix charts at number three in the United States with the release of its second season. It follows the life of a high school football player named Spencer James and his time navigating the many differences between his neighborhood and his new school.

Throughout the day, Brodsky also enjoys watching and creating videos on TikTok, the video-sharing app that has taken the world by storm. Additionally, she has also picked up a new hobby of cooking and has enjoyed the opportunity to spend more time with her family.

“Every night I make dinner for my family, and after we eat we play an intense game of Mahjong,” Brodsky said.

On the weekends, Brodsky enjoys more leisurely activities such as painting, biking or taking a walk outside for some fresh air.

Junior Dwyer O’Brien has used his time to dive deeper into hobbies that he is already passionate about.

O’Brien has enjoyed taking photos on his film camera and has devoted a lot of time to working on his new film, which will be a thriller with a Native American theme inspired by the horror movie The Witch.

Staying active has also been important to O’Brien during the quarantine.

“Since lacrosse season has been canceled, I have had to find alternate ways to stay active,” O’Brien said. “The main activity I have enjoyed the most has been skateboarding. I am focusing on bettering my skills every day. The more tricks that I learn, the more fun I get out of it, so it has been a goal of mine to devote a lot of time into getting good.”

O’Brien has also rekindled his love of art by painting and decorating his room with posters and artwork he has made.

Above all, O’Brien has used this time to prioritize getting himself on a healthy routine and maintain positive well-being in regards to his mental health.

“With a major switch in routine, I think it is hard for everyone to shift, but it is giving me the time and ability to work on myself and surround myself with as much positivity as possible,” O’Brien said.

Similar to many other students, freshman Haylie Stobaugh has been taking a lot of her time while quarantined to relax.

Although Stobaugh misses seeing her friends every day at school, she thoroughly enjoys being able to spend more time with her family.

“We’ve been having lots of fun playing games and board games together; we are very competitive with each other,” Stobaugh said.

When she isn’t spending time with her family, Stobaugh likes to watch All American and Criminal Minds, television shows on Netflix. She has also been keeping herself occupied by walking her dogs and going on runs because it is the most she can do outside of her house.

While she cannot see her friends anymore due to social distancing, Stobaugh still likes to keep in contact with them.

“I really like FaceTiming with my friends because it’s a good way to keep in touch with everyone, especially since we aren’t allowed to see each other or hang out,” Stobaugh said.

Although sophomore Ryan Fiedelman has been getting bored in quarantine, he has been trying to stay active.

“I have actually worked out every weekday during this quarantine, so I am grateful for the added time that I can use to work out,” Fiedelman said.

He’s also spent a lot of time playing video games, specifically Xbox, with his friends online. Some of his favorite games to play recently have been Fortnite and Madden NFL 20.

Fiedelman has been completing the majority of his homework in the morning, so in the afternoon he likes to relax by watching Netflix, including the popular drama series All American like many other Greenhill Upper School students.

He also enjoys walking his dogs and taking lots of naps. However, he misses face-to-face contact with his peers.

“I don’t really like the quarantine,” Fiedelman said. “Although I get my work done early in the day, I miss all my friends and going out to places.”

Greenhill students have proven that even while school is closed due to the coronavirus, there is still a multitude of ways to maintain their happiness and sanity. Students have found planning out their days with interesting activities and changing locations throughout the day to be some of the most helpful resources.

With enough time (and just a little imagination), virtually anything is possible.