Video Game Review of Slay the Spire: If Solitaire and Dominion had a Child 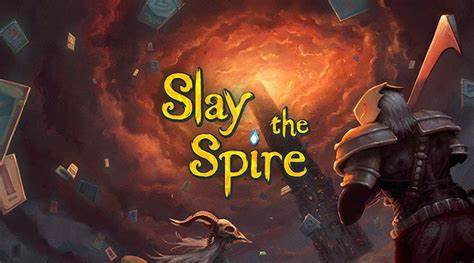 In the age of technology, one would think that something as low-tech as card games would be made obsolete. The number of new electronic card games in recent years have proved this wrong. Among the plethora of card games, Slay the Spire has stood out as a game that has depth far beyond its competitors.

In Slay the Spire, one plays as a character that fights progressively stronger enemies as they ascend a tower. After each fight, they are given a choice of cards to add to their deck to compensate for the rising difficulty. They continue to climb the Spire level by level through layers with different enemies until you reach the top, where you “Slay the Spire” and win.

One can choose from different characters, who come with an entirely different pool of cards offered. The new card pool entirely changes how the game is played. The player learns to exploit certain mechanics of the game depending on what cards make up their deck. Cards can have aspects that can enhance the effects of other cards and lead to potent combinations.       Learning these “synergies” is key to beating the game and can only come with practice and experience.

Certain levels also give relics, a special item that can have effects inside or outside of combat. A strong deck can be built around these relics; playing around them is crucial to be strong enough to Slay the Spire.

The game is hard. At its easiest mode, it will take around five to 20 attempts to defeat the third floor for the first time, depending on previous experience. Winning requires research into cards and strategies from external resources, as well as some individual theorycrafting. Thinking several turns ahead to win a fight, calculating the chances of a card draw or drop, and gathering data to make more informed decisions are ways that one, may improve at the game.

This difficulty is what makes the game rewarding. Watching yourself defeat an enemy that previously gave trouble is a testament to how much one can improve. It feels good to know that all of the experience translates to tangible results.

The sound and visuals of the game help establish the tone and environment of the Spire. The music changes dynamically with gameplay, the player can know when an enemy is meant to be especially difficult, or if a floor should be a place for relaxing. Sound effects help the player remember what each card does, smoothing out the learning curve. The artstyle is warm and smooth, each card and character have different visuals that help establish their unique playstyle. Consequently, the course of a fight is easily followed, allowing the player to know what happened and how to change their deck to compensate.

In terms of development, the game is incredibly polished, programming bugs are squashed as soon as they are discovered. The developers, Mega Crit Games, regularly change the stats on cards to make sure that the game is evenly balanced, and to keep it fresh for players to continue enjoying it. Constant updates are a rarity for pay once games like Slay the Spire. In addition, there are fan modifications to the game that can be accessed through the Steam Workshop. These mods can add characters, relics, cards and quality of life changes that allow deep customization for each individual player.