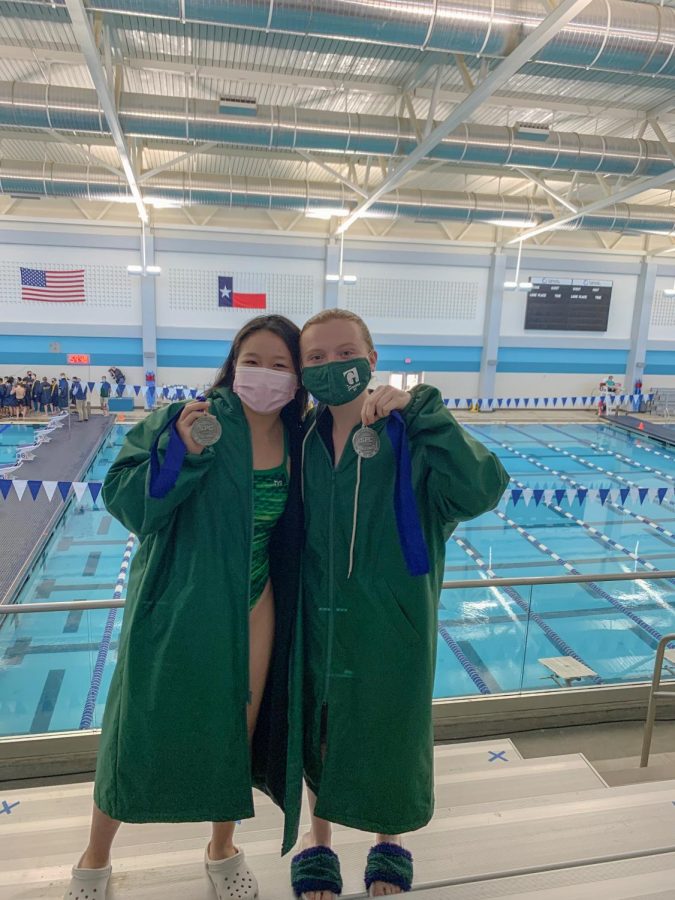 Seniors Victoria Le and Lane Herbert with silver medals from the Girls 400 yd Free relay event. Swimmers took to the pools for the SPC North Zone meet which was postponed twice due to weather.

Yesterday evening, the Greenhill Swim team competed in their SPC North Zone tournament. Though the tournament was originally scheduled for Feb. 11, inclement weather forced two postponements. In an unprecedented swimming season, the team was able to conclude their season ranking in the top three teams of the championship meet.

Both the girls’ and boys’ teams finished second in the SPC North Zone. Last year, the team finished in fifth place in all SPC.

Below are the Greenhill results for swimmers finishing in the top three.