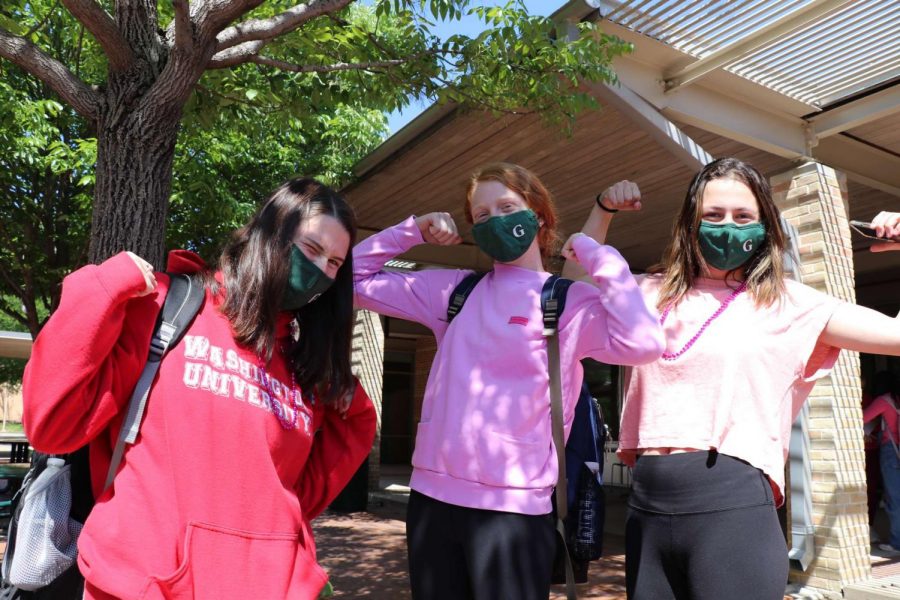 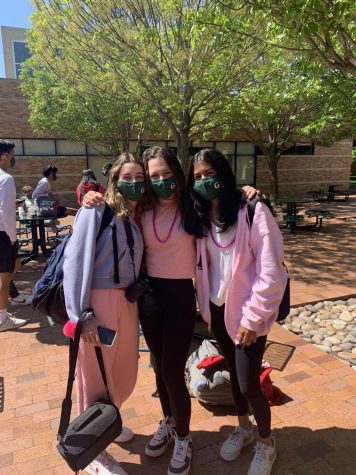 “We hear so many people complain about the HPC dress code and nobody really does anything. We realized we should take matters into our own hands and fight for what we believe in and what so many people believe in,” Zweig said.

The students put posters up across the Upper School campus and locker rooms displaying their desire for change in the dress code. On April 21 students organized for Upper School students to dress in pink or red to show their support for the movement.

Dr. Bresie also showed her support for the movement by wearing pink and supporting the students’ movement. She also credits the students for their hard work and organization.

“Really all of the credit goes to the students involved. That’s the awesome thing, this is student-led, student-run, student-designed, and it wouldn’t work if it wasn’t,” Bresie said.

Greenhill School Head of Athletics Department Jarrett Shine sent an email to Upper School parents, students and faculty in response to the recent complaints regarding the dress code guidelines in the High Performance Center (HPC).

Shine recognized the accusations of the HPC dress code being gendered and sexist and apologized for any harm they had caused. He also shared he understood the dress code guidelines could be better.

The students calling for a change in the dress code received some of the feedback they wanted, including Shine’s email, as well as the opportunity to have a formal meeting about the subject.

The formal meeting between students, HPC athletic instructors and Shine took place on April 22. The major takeaway from the meeting was that HPC’s dress code is expected to be altered before the 2021-2022 school year, or even by the end of the current academic school year. The new dress code guidelines will primarily be more gender-neutral and open-minded about clothing.

Director of Sports Performance Jessen Houston supports the movement and was not surprised that a dress code change was being criticized.

Houston says that coming from a marginalized background helped him understand the importance of peaceful protest.

“We want to make sure everyone feels valued, we always want to take ownership if we’ve not hit the mark when establishing policies,” Houston said.

Meetings between students, faculty in the Athletics department and the Office for Equity and Inclusion will continue as they work to update the dress code.

Shine says that faculty will try to be responsive and open about reactions to these new guidelines.

“We expect that new guidelines will be available by the start of next academic year.” Shine said.