The Evergreen Online • May 4, 2022 • https://evergreen.greenhill.org/sophomore-sibelle-zambie-makes-an-early-impact-on-the-girls-basketball-team/ 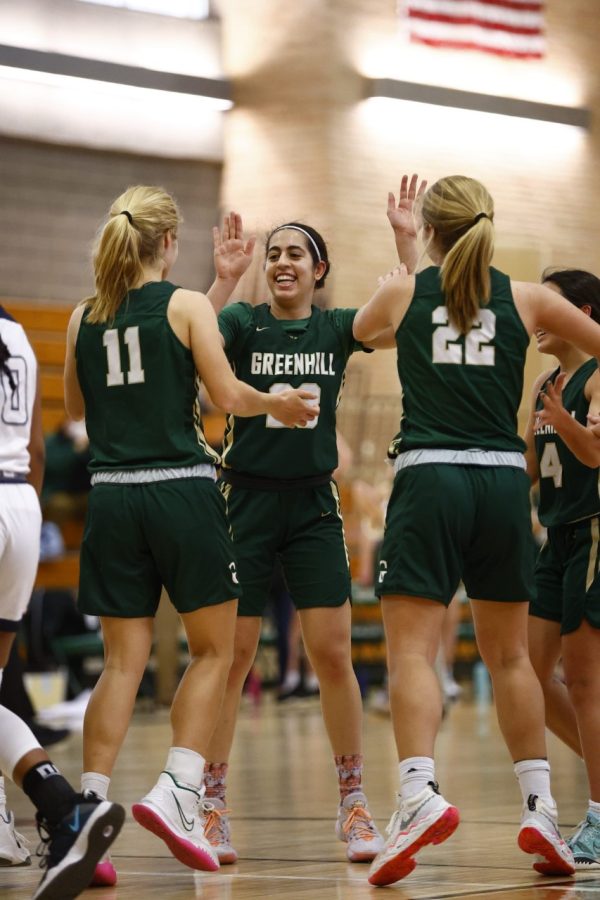 Sophomore Sibelle Zambie dominated on the court during her first season on Greenhill Girls Varsity Basketball team, averaging 24.6 points per game. In January, she was ranked #1 in the Dallas-Fort Worth for points per game and was later nominated for the VYPE DFW Private School Girls Basketball Player of the Year Award.

She began her basketball career at a young age, as her passion for basketball was kindled by watching her two older brothers play.

“This was Sibelle’s moment to get equal time and for her interests to be viewed as just as important as her brothers,” Edward Zambie said.

As years passed, Sibelle Zambie continued to play recreational basketball until she joined the club circuit in eighth grade. After joining the Amateur Athletic Union, she began making strong connections with other coaches and players when she would practice. As her high school years approached, she realized she could not play all the sports she wanted to.

“I used to run track and play volleyball, but when I got to high school, I did not have time and had to pick the one I was most devoted to, which was basketball,” said Sibelle Zambie.

Her talent was easily noticeable, as she was made a starter for the varsity team at the beginning of the season. As games passed, her skills continued to improve, and as a result, her stats did as well.

“Sibelle has a rare skill set where she does not care about her stats, she only cares about improving her skills and creating an amazing environment for the other girls,” said Girls Varsity Basketball Head Coach Darryn Sandler.

Greenhill Girls Varsity Basketball played teams all over the state, but their toughest competitors were their long-time rivals, The Hockaday School.

“I had no idea that they were our rivals when I first got here, and I felt like it was a fun game to play and fight really hard for,” said Sibelle Zambie.

“I think we are all sad the season is over, but I made great connections with the girls on the team this year, and I can’t wait for basketball to start again,” said Sibelle Zambie.