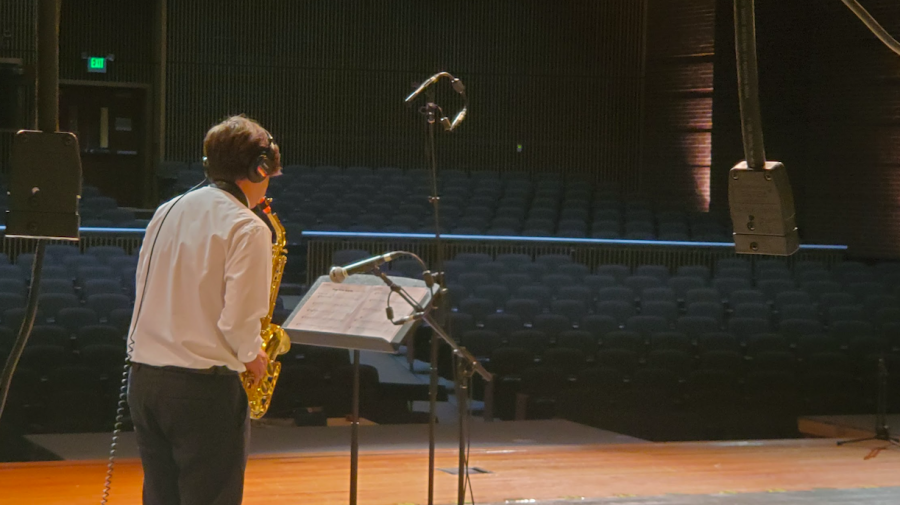 Nathani has participated in band at Greenhill since fifth grade, after being inspired by hearing the Middle School Band. He also takes lessons outside of school and practices the saxophone during his spare time.

“Over the middle school years, I started gaining more interest in the saxophone instead of it just being an extracurricular that I did in band,” Nathani said. “After listening to jazz music and overall learning about the saxophone, I started to enjoy it more.”

High school band students, including Nathani, went to Melissa High School on Sept. 18 to compete in the ATSSB Region Jazz Auditions. Nathani competed against 10 schools and 10 other saxophone players. This competition draws the most prestigious musicians from Region 24, which encompasses schools from Dallas to the Oklahoma Border.

Nathani was the top tenor saxophone and the second chair alto saxophone, which means he can move on to the next area competition to qualify for the All-State Band.

He is set to perform with the Region Jazz Band on Nov.14-15 at Greenhill and, by then, will find out if he has made the All-State Band.

Nathani has worked on his style and how he can emulate the different jazz icons.

“One thing that has helped me a lot and helped me in these auditions is transcribing,” Nathani said. “Because of that, I am able to play more like a great would than other players who haven’t spent the time transcribing.”

Nathani enjoys listening to music outside of school and learning about musicians and their various techniques.

“Charlie Parker and John Coltrane are really big in my life,” Nathani said. “Those are the biggest inspirations on how I play right now. I have transcribed their music a lot, so I have tried to learn to play like them.”

Middle and Upper School Band Director Brian Donnell has helped and guided Nathani by informing him about different auditions and opportunities.

“He works very hard and is very teachable, always asking questions and seeking advice on ways to improve,” Donnell said. “Whether he makes the all-state band or not, he is an excellent player and a joy to listen to.”