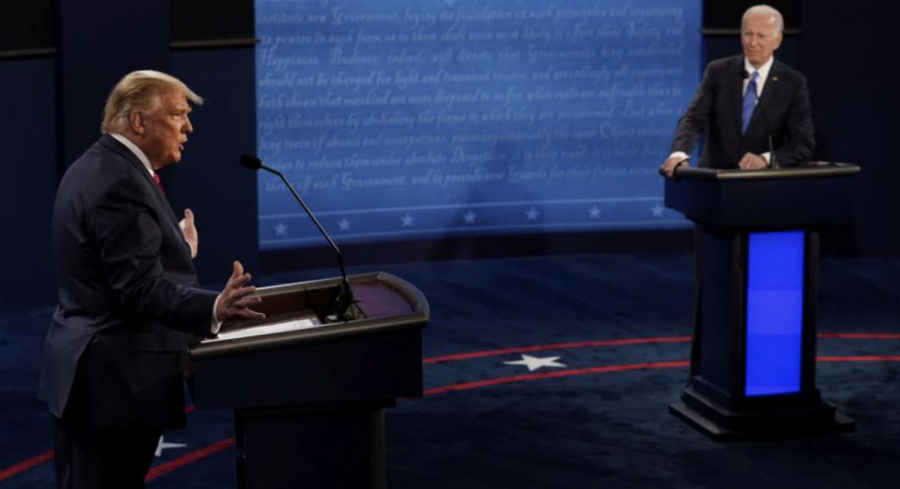 Thursday, Oct. 22 marked the final Presidential Debate for the 2020 election season. The debate served as the final opportunity for candidates to showcase their abilities to the American people. The debate covered six different topics: Fighting COVID-19, American families, race in the United States, climate change, national security and leadership.

Unlike the previous presidential debate, Biden and Trump had their microphones muted during the opposing candidates opening statements. NBC Correspondent, Kristen Welker was chosen as the moderator for the debate.

What were your general thoughts on the debate?

“Overall, I was happy with how the debate turned out. I think that the decision to mute either candidates’ microphones helped make the debate clearer and more effective,” said senior Ryan Newman.

“I was relieved to watch an actual presidential debate last night. I genuinely enjoyed watching it as both candidates were engaging and semi-respectful to each other,” said senior Ben Blumenfeld.

Do you think that the moderator did an adequate job keeping the debate on track?

“I think that the moderator did an excellent job. She asked difficult questions to both candidates and did a quality job facilitating in-depth conservation,” said senior Carter Weinstein.

Do you think that this debate was more informative than the previous one?

“I believe that last night’s debate was informative as either candidate was able to share their ideas and stances on various policies,” said senior Javy Bautista.

“I felt like I was watching a completely different debate than the previous one. I think that Trump behaving calmly played a huge role in making the debate the success it was,” said Newman.