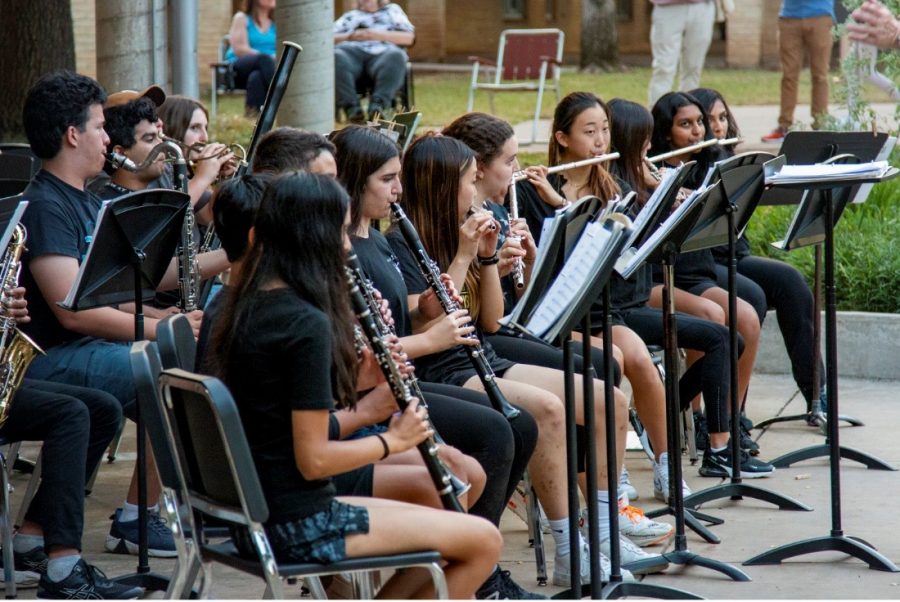 The vast repertoire of the Greenhill Band was one for the history books, with fun, familiar pieces like “Am I Wrong” and “High Hopes” the audience enjoyed hearing and the band members enjoyed playing just as much.

Greenhill band executed a successful comeback after a 20-month moratorium on live performances due to COVID-19. The annual Pops Concert on Monday, Oct. 4 was yet another huge step towards normalcy after bearing the effects of a pandemic.

“It was nice to have such a big crowd,” said sophomore Ayne Park who plays the flute.

In the past 20 months, live-streamed concerts and minimal performance exposure for the band became the norm as part of the effort to minimize spread.

This added to the excitement of being able to give a well-done show to parents and friends that night.

Other members agree that this was one of the best concerts in their experience as part of Greenhill Band.

“I thought it was really fun,” said Sampath.“It was a great way to become closer with band members and a really nice experience in general.”

Greenhill Band’s achievement at the 2021 Pops Concert will make a lasting impression on the student’s memories and esteem of the Greenhill Band program.