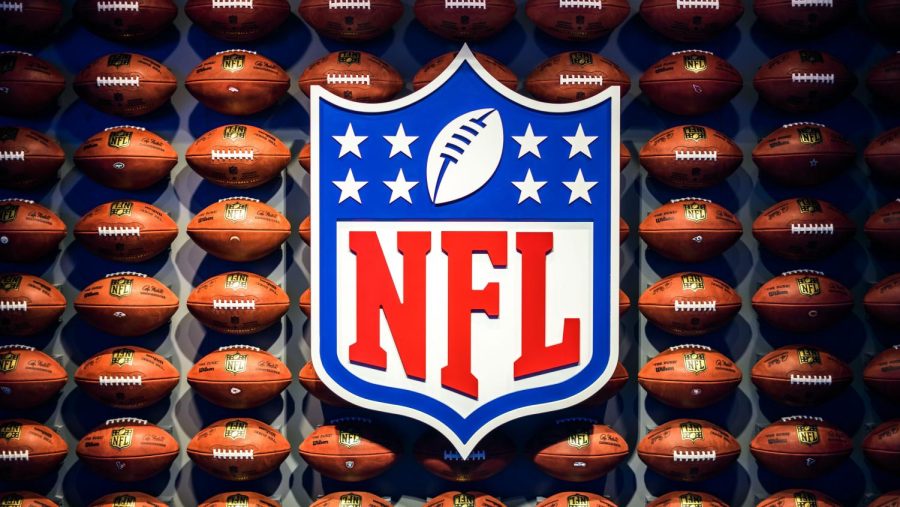 The 2022 NFL offseason is in full swing, with a number of impactful moves being made already. Franchise players on both sides of the ball have moved on during the last couple of weeks, and a couple of teams have really taken advantage.
Top 5 Teams:
Tampa Bay Buccaneers: A

The first team that comes to mind is the Tampa Bay Buccaneers. The Bucs are interesting because their good grade is largely based on the players they have retained rather than the new faces they’ve acquired.

The biggest name to return is quarterback Tom Brady. Brady, who led the league in passing yards last season, retired following the Bucs’ devastating playoff loss to the Rams. A short time later, Brady opted out of his retirement plan and decided to “run it back” one last time.

Another massive relief is the re-signing of star wide receiver Chris Godwin, who had 1,103 receiving yards last season.

The offensive line has also been a huge source of star power during this free agency. Center Ryan Jensen re-signed, and offensive guard Shaq Mason inked a deal following his departure from the New England Patriots. Star running back Leonard Fournette was brought back and will enjoy running behind this new, bolstered line.

On the defensive side, center-back Carlton Davis III agreed to terms and former Giants safety Logan Ryan signed to help out in what should be a very successful year for the Bucs.

The Chargers have made most of their moves on the defensive end this offseason. Cornerback JC Jackson made the cross-country move from New England to LA following his breakout season and future Bears hall-of-famer Khalil Mack followed soon after. The Chargers can now be argued as the best -or at least most explosive- defensive unit in the league and will terrify opponents next year.

Los Angeles also managed to re-sign star receiver Mike Williams for another three years, a deal that helps both parties, though Williams will be 30 at the end of the contract.

The Browns have made several boom-or-bust moves so far. The biggest, of course, was trading for controversial Texans quarterback Deshaun Watson.

Watson, who has taken the last season off from football following the arrival of over 20 sexual assault allegations, has finally gotten out of Houston. The 26-year-old will have a lot to prove this year, as he led the league in passing yards during the last season, he played in.

Another question mark is the arrival of receiver Amari Cooper. Cooper had a couple of somewhat disappointing years in Dallas, but the former Alabama man will have the chance to revitalize his career in Cleveland.

Another offensive move was the franchise tagging of  tight-end David Njoku. Njoku is a Swiss army knife on the field and will be a large part of the extremely potent Browns offense next year.

Edge rusher Chase Winovich also signed to the Browns this year and will highly improve the pass rush.

The Raiders haven’t made a ton of big moves, save for possibly the biggest move of the offseason so far. The signing of former Packer’s superstar Davante Adams will surely make history.

Adams has been a household name among NFL fans for many years, and Vegas should make a very good home for him. Not to mention the chemistry he should have with the team, as current Raiders quarterback Derek Carr played with Adams in college.

On the other end of the spectrum, the Raiders were able to convince edge rusher Chandler Jones to make the move to Las Vegas. Jones had 10.5 sacks last year. Former Bears defensive lineman Bilal Nichols and Colts corner Rock Ya-Sin will also play large roles in next year’s Raiders team.

The Rams have made a couple of noteworthy moves so far. Receiver Robert Woods got shipped out to the Titans to replace Julio Jones. Woods got almost instantly replaced with Allen Robinson. Though Robinson had an off-year last year, he has the potential to become the superstar he once was.

Matthew Stafford also inked a new deal with the Rams, keeping him around for another four years.

The Rams also were able to win the race for linebacker Bobby Wagner, giving the Rams at least a little bit of security, despite the uncertainty surrounding players like Aaron Donald and Odell Beckham Jr.