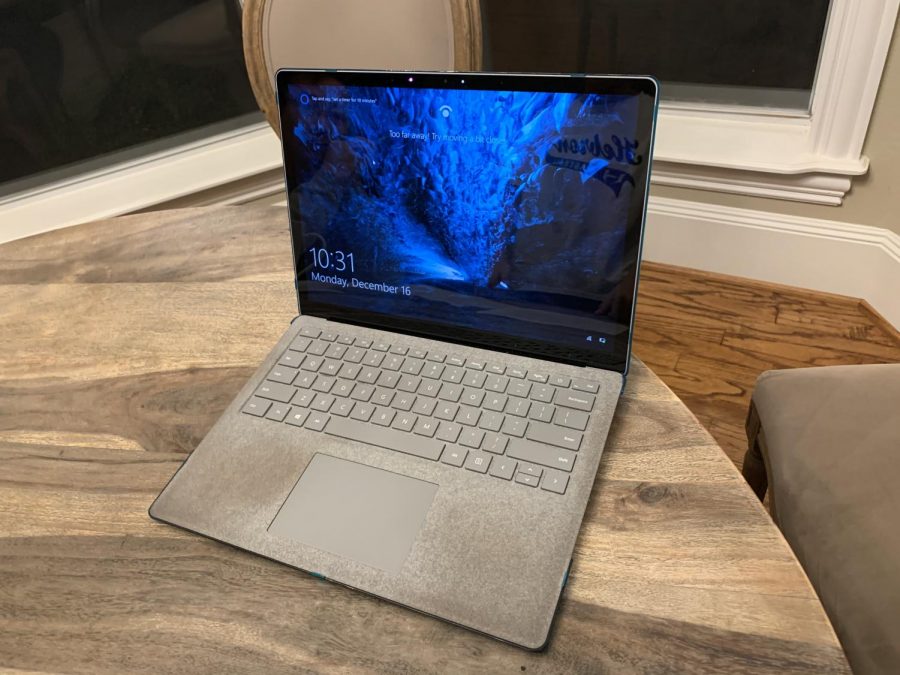 Learning resources are progressively becoming more digital. In order for students to access them, they need an interface in the form of a personal computer. Starting next year, Greenhill will require the purchase of laptops for every incoming fifth and ninth grade students.

Next year, students entering the Middle and Upper School will be provided Microsoft Surface 2 laptops to access computer-based learning programs.

Dedicated learning devices reduce distractions, and the intentions are to reduce the abuse by students of their computers when they have one used only for education.

“The new computers will only be able to download approved applications, if students want to do anything else with their devices, they can do it on their home computers,” said Head of Middle School Susan Palmer.

The new laptops are intended to allow greater flexibility in terms of using applications.

“One of the problems of a bring your own device policy is compatibility,” Palmer said. “One thing we would like to go to is taking the online Educational Records Bureau tests, but we can’t do it unless we are all on one device. We don’t have the ability to download the software on every computer.”

Currently, the Middle School allows students to use any computer as a learning device, with a set of rules called the Acceptable Use Policy. However, because of the variety of computers used, this policy can not be enforced completely.

“The computers, we ask for them to be used for educational uses only. Is it always adhered to by students? Probably not,” said Palmer. “We are also mindful of the research around screen use, and we want it to be intentional and appropriate and it’s not a default for kids or teachers.”

A benefit of the laptop policy is that it gives students access to more powerful devices, while at the same time allowing them to repair any malfunctioning computers on-site, instead of waiting for hours at the Genius Bar.

“One of the challenges of having all sorts of different devices is support,” said Palmer. “If your computer breaks it could be completely different from everyone else in the class. We don’t have people that can help with every kind of computer.”

This is not the first time the Middle Schools has changed its hardware policies. Before there was a bring-your-own-device policy, students used community netbooks.

“We have only had fifth graders with laptops for three years,” said Palmer. “Before that, we had a set of netbooks that teachers would check out if they needed to do a digital activity of some sort. They were not very good devices and they caused so much strife when teachers were trying to plan activities never knowing if computers would work that day or not. Bring-your-own-device has remedied that greatly, but I think having a common device will be a game-changer.”

Other technological improvements have been the number of routers around the school and the printing system.

The changes have also had a positive reception from parents.

“For the proposed changes some parents are super excited about it, because they don’t know exactly what they want to buy, and having the school decide what computer to get and load onto the computers exactly the programs the students need to have made things way easier for them,” said Palmer.

“Going from a student perspective, going off of things in class, most of them really like the laptop, they think that it is a really good device for things like needing software loaded on the device,” said Don Myers, Middle School technology teacher. “For example, in my class, they need the Lego Robotics program. Normally I would tell them to download it themselves, but now I can go to technology and ask them to push it to every student’s computer.”

The computers will be included in each student’s tuition, and they will be able to keep their devices after their time at Greenhill is over.

“Because it is a device that the parents are paying for, through the school, at the end of four years it is their device,” said Myers.

The computers have a system in place to reduce distractions and protect the students from harmful programs. They do this by following a list of applications that can be changed anytime from the tech office.

“In terms of installing programs, that is locked down, and if a teacher needs a program, there’s a process where they can go to the tech office and submit that to be pushed onto every device,” said Meyers.

Already, some fifth graders have signed up to be early adopters to the new laptop policy.

“Next year will be the first year where all fifth grade students are getting the Microsoft Surface, but in making that decision, Mr. Hark and Mr. Rosa and the team decided what if we allowed early adapters,” said Myers. “Around half the fifth graders have new laptops and the reception has been positive.”

Even though the laptop policy will be good for the long term learning environment at Greenhill, some students are dissatisfied by the way the transition is being handled. Parents that bought computers for their students expecting it to last years will have to purchase another laptop. This might provide unnecessary financial stress to some families, students said.

“I think that it should be phased in,” said seventh grader Zoe Dzialowski. “If someone’s parents bought them a nice computer because they thought that it would last them through high school and beyond, then that’s money that’s wasted and can be used for something else. I would prefer that buying the laptops be mandatory for fifth grade only, and any grades above that has the choice to use school laptops in case their computer breaks.”

Despite the shortcomings, Dzialowski still believes that the new laptop’s benefits outweigh what it will initially cost. The loss of distractions as well as the increased support will fix many of the problems that Bring Your Own Device causes.

“There are a lot of benefits to it,” Dzialowski said. “There won’t be as many tech problems, teachers will understand how to work computers more. I feel like there will be mainly positive effects.”