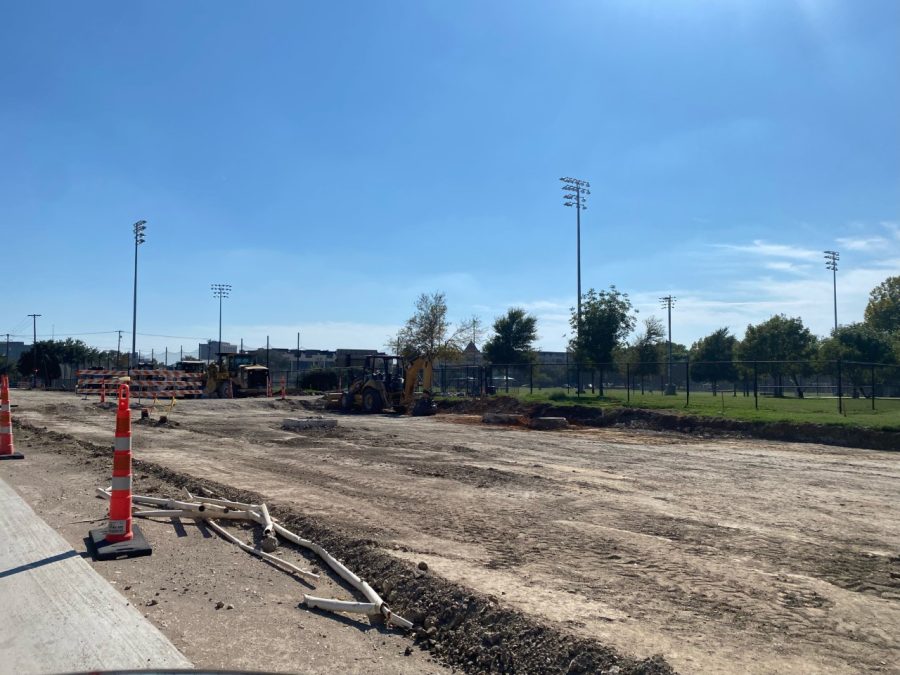 A decade ago, the city of Addison approved a $16 million construction project that will stretch from Spring Valley Road to Keller Springs Road. In 2018, there was nine million dollars added to this allotted budget.

The project, known as Midway Road Revitalization, is expected to be completed in the winter of 2024. A primary goal is to smooth traffic flow. Additionally, the project will lengthen sidewalks for pedestrians and add a bicycle trail adjacent to Midway.

The construction, however, has been something new to get used to for Greenhill families and employees. A reoccurring theme has been traffic jams in both directions as well as occasional lane changes entering and exiting campus.

Head of School Lee Hark says he understands the inconvenience in navigating the construction to reach campus.

“My feelings about the aesthetic upgrades to Midway are less important than the experience that the students, families and employees have in terms of getting to and from school,” said Hark.

The Hornet Road entrance to Greenhill off Midway has been a focal point of recent work. Lanes have been rerouted as well as combined at times.

Sophomore Bette Tomecko is learning to drive to school and uses Midway to drive herself and her eighth-grade sister to campus.“I was driving on Midway today, and it took me forever to get here,” said Tomecko. “I almost dropped my sister at school late.”

Some students say they have been late to class because of construction delays.

“It’s a significant inconvenience to our operation and will continue to be for some time,” said Hark