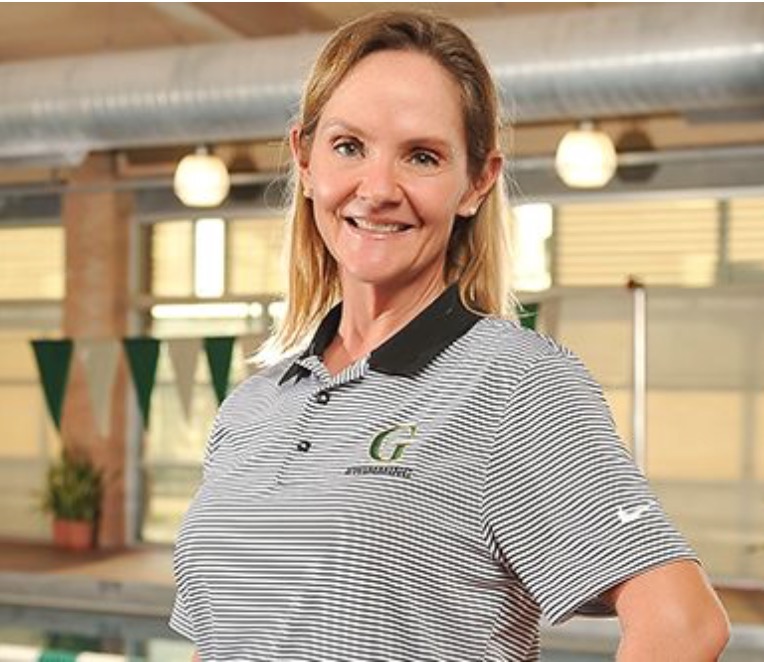 Coach Patti Monzingo has been the heart and soul of the Greenhill swim team for the past eleven years. She is the head coach for both the Middle School and the Upper School swim teams.

Monzingo’s coaching philosophy includes a strong emphasis on short high-intensity workouts. She believes that when you always swim at high intensity, it becomes the only speed that your body knows how to swim.

“Our goal for the season is to break as many records as we can, take as many first places at as many meets as we can, and work as hard as we can,” said Monzingo.

Junior Theo Johnson, who has been on the swim team since his freshman year, believes that much of his success as a hornet it due to Monzingo.

“She is a very inspiring coach, she knows a lot about the sport, and she gives us some really good workouts,” said Johnson.

According to Johnson, her knowledge and passion for the sport serve as an inspiration for both him as well as the other members of the swim team.

“I think that her focus on the technique and all of the little details of the sport is what makes her such a successful coach,” said Johnson.

Although the team is a fraction of the size of some of the other teams in the Southern Preparatory Conference (SPC), Monzingo is proud that they are always very competitive against every team that they swim against.

“I am always so happy when they just improve their times, really that’s what we are going for. In swimming, you are working against the clock and trying to beat the last time you got, every improvement no matter how small it is very important,” said Monzingo.

Junior MJ Ward, who has been a part of the swim team since sixth grade, believes that Monzingo has been an amazing influence on his swim career.

“Every day she inspires me to be a better swimmer and work harder. I feel like I can always go to her for advice because she knows so much and has so much experience in the sport,” said Ward. “I think that coach Monzingo makes the swim team what it is today. I am so happy that she has been the head coach of the team, and I think that she has made my swim career at Greenhill and unforgettable one.”