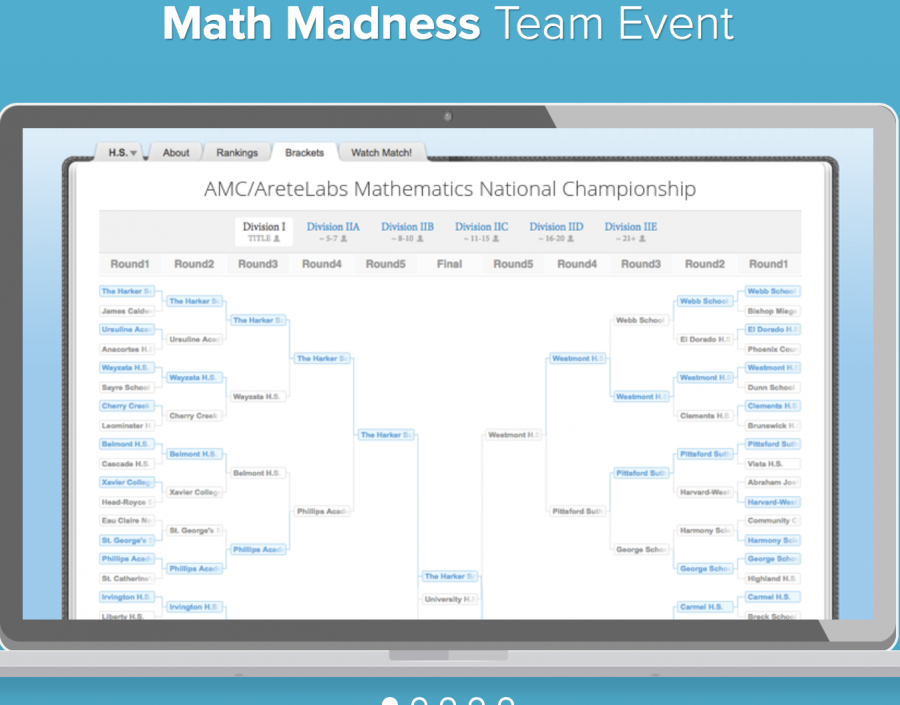 The Greenhill Math Club has won the divisional championship for the AreteLabs Math Madness competition. The team beat out 70 other math teams in order to win the championship.

Math Madness is an online team-based math competition hosted by AreteLabs. It is held every fall and spring. Teams compete each week for thirty minutes each for several weeks against other teams for the chance to be the champion. After preliminary rounds, the Greenhill Math Club had to participate in every match without dropping a single game in order to win.

“For the past eight to twelve weeks, during lunch we would do thirty-minute contests,” said senior Anagha Gouru, President of the Math Club. “We had to win every one of those contests to avoid elimination.”

Some competitions were held over winter break, and the competitors in the team had to take time away from their break in order to win those matches.

“Two of the contests that we did, both the semifinals and the finals were held over winter break,” said Gouru. “We had our top scorers come in and do the test.”

The Math Club prepared for each competition by taking past problems and practicing with them in scheduled meetings.

The Math Club faced a unique challenge this year because of the structured club times, meaning that meetings could not be spontaneously convened and because of the pandemic, meetings had to held virtually.

“Math Club this year has been different, because normally, last year, we could just call a meeting whenever we wanted to go over past competitions. Now it has been hard because club meetings are scheduled,” said Gouru. “We send a weekly email with last weeks problems and their solutions, and we encourage people to work together on Microsoft Teams with small groups and discussions.”

Gouru attributes the team’s victory with the practice that members put into the club.

“It was commitment and dedication. We have had the same members compete in every competition,” said Gouru. “A lot of the problems are similar to AMC tests or past questions.”

This championship sets a new standard for the Math Club in the future. Past results have had the team placing in the finals or semifinals, but this is the first time that it has brought home the win.

“In the past, we have done really well in this competition,” said Gouru. “We got to the semifinals last year, but we have never won it until this year. Going forwards, we have a lot of young students who are really high scorers, so in future years we will definitely place high again.”