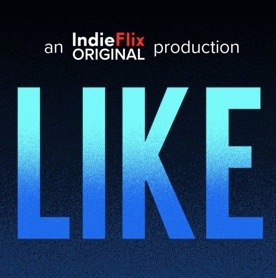 On Monday, Oct. 18  Upper School faculty and students gathered in Rose Hall to watch the documentary film “LIKE.”

The film was about the impact of social media. It showed students the pressures that social media can cause, as well as ways to reduce usage and navigate social media safely and positively.

“I’m hoping that the overall message was not that the school is anti-social media or anti-phones, but it is more about awareness and trying to find a balance between use and healthy lifestyle choices,” said Upper School Counselor Amanda Fredrick.

Following the 55-minute film, time was made for students and faculty to return to their advisory rooms to discuss what they had just watched.

“My advisory and I talked about how the film did a great job at talking about the negatives of social media, but also the positives, said junior Ike Kassanoff. “We all know we have a cyberaddiction, but I liked how the film gave us methods to lessen the effects of too much screen usage.”

The movie emphasized that the discussion is not only directed toward students, but also adults.

“I thought that the film was more applicable to the entire Upper School, as opposed to the past four or five years,” said Darryn Sandler, freshman advisor and Upper School math teacher.

Overall, the movie had positive feedback from the student body and faculty.