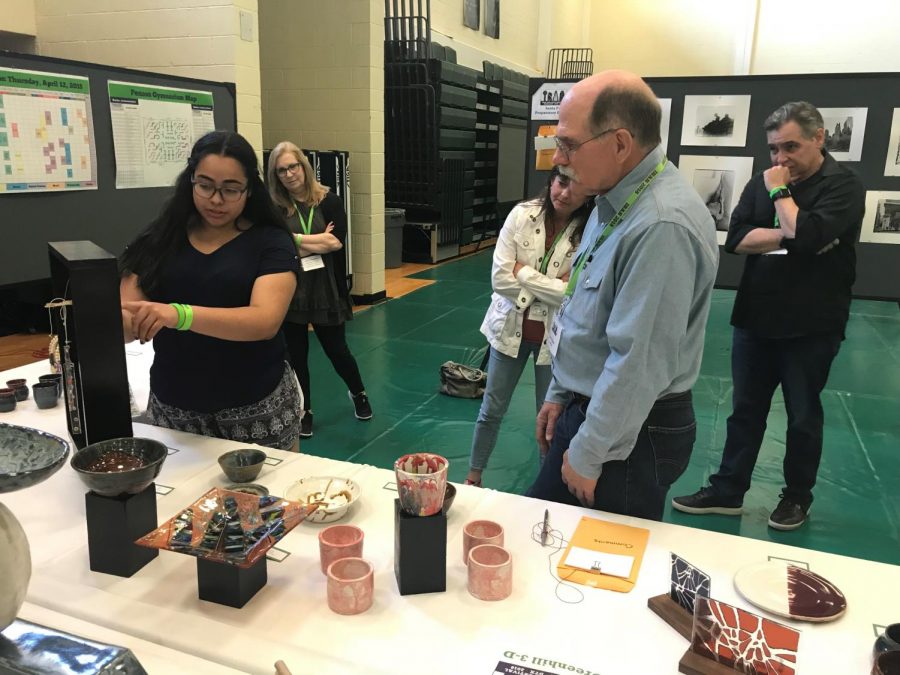 Due to the uncertainty surrounding COVID-19 and the vaccination process for students, the yearly Independent Schools Association of the Southwest (ISAS) Festival has been canceled for 2022. The event was set to be hosted at Greenhill.

To junior Will McDonald, who attended the festival his freshman year, seeing other students’ works at the event was a truly memorable experience.

“Watching other theater performances and film reels definitely influenced me as an artist,” McDonald said.

He says that the cancelations have affected his appreciation of his time at the festival. He encourages the students that will have the opportunity to attend in the future to not take the festival for granted because it may just be their last time.

Sophomore Chancey Stephanos is similarly appreciative of the festival. She hopes to get the opportunity to showcase her work in AVP at the festival her senior year.

“The ISAS Festival is something just about every arts kid looks forward to all year,” Stephanos said. “I’ve been looking forward to it since seventh grade.”

The news of the cancelation of this year’s festival was announced on Jan. 15 through a public statement on the ISAS website.

“Hosting an event with approximately 4000 students and adults requires considerable advance planning and significant commitment of human and financial resources,” the statement said. “With the need to plan now and an uncertain future ahead of us, the committee arrived at the unanimous decision to cancel the festival for 2022.”

The committee is comprised of the Headmasters, Chief Financial Officers and Arts Directors from the three schools that were previously scheduled to host the festival and two future host schools, according to the ISAS website.

One of those involved in the decision-making process was the Head of Fine Arts at Greenhill, Terry Martin. He and the other committee members discussed other possible events that could replicate the ISAS Festival experience in safer ways.

“One of the conversations on the table is the possibility of a mini-festival for ISAS schools in the Dallas area,” Martin said.

Martin said that, although nothing is set in stone yet, the committee will deliberate over the matter soon.

Upper School Photography teacher Frank Lopez had attended the Festival for 15 years before its recent cancelations. He has also worked with ISAS to coordinate past events.

“I’ll be honest, [I’m] relieved. This is going to be a very long haul, and we don’t have a cure for COVID, just a vaccine. I feel it’s the right decision to wait until we firmly know that we have COVID under control,” Lopez said.

Despite the impossibility of having a festival in 2022, the committee is optimistic that ISAS can host a “normal” celebration in 2023.