The Evergreen Online • May 4, 2020 • https://evergreen.greenhill.org/honor-council-students-elected-for-2020-21-school-year/ 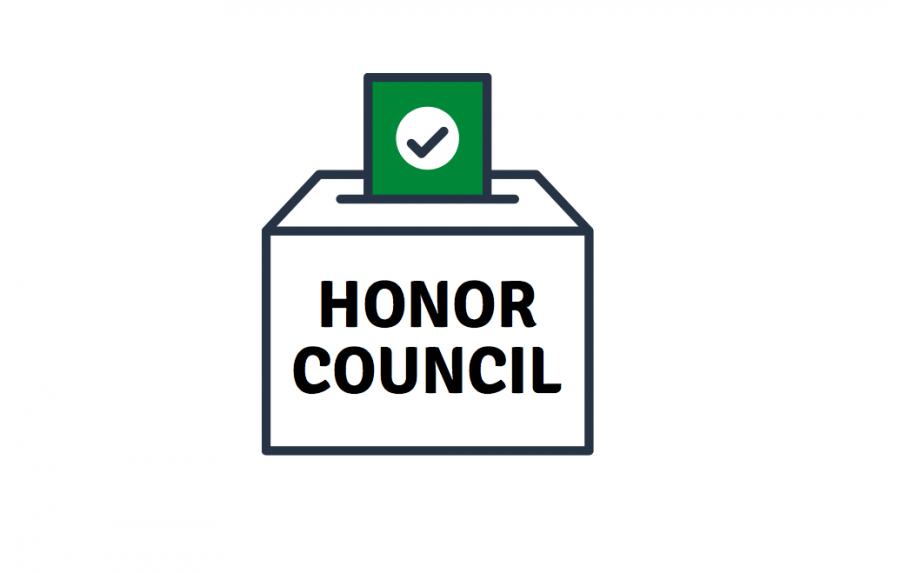 Students voted for honor council members and the members for next years council were announced.

The Upper School has elected nine Honor Council representatives for the 2020-2021 school year.

The Honor Council is a faculty-led, student-run group of 13 students represented by all Upper School grades. The group conducts hearings for students who commit alleged violations of the honor code, determines culpability and suggests disciplinary measures or other remedial actions that the administration should take in a case.

“[We] work together with faculty to actively uphold and teach Greenhill’s core values of honor, respect and compassion,” Honor Council Faculty Chair and Dean of 10th Grade Jason Gajderowicz said.

The incoming freshman class will vote for their representatives next year.

Students seeking a position on the council were required to declare their candidacy for the position with a statement explaining their interest. Among the stated aims were to create  a more honorable culture in student life and adding transparency.

“I hope to find more ways to have the Honor Council engage with the community and have students’ questions be answered,” Dhingra said in her statement of candidacy.

Other expressions of intent included focusing on understanding students’ perspectives in order to create a better learning environment.

“I believe that it is imperative for the Honor Council to maintain an empathetic environment in which all students feel heard,” Iwasko said in his statement of candidacy.

One of the successful candidates of the rising sophomore class declared an interest in helping students learn from their mistakes in a positive way.

“No one should ever fear making mistakes, because mistakes are one of the most beneficial ways that we learn as a community,” Agrawal said in his statement of candidacy.

With on-campus classes suspended since March 13 because of the Covid-19 pandemic, the voting process was slightly different this year than in the past. Rather than listening to live speeches, voters learned about the candidates’ goals and ideals through a personal statement and then voted online.

“It was different having to read what the candidates had to say,” freshman Maya Harrington said.

The declaration of candidacies and voting took place over five days. In cases where a candidate didn’t win more than half the vote in the first round, a run-off election was required.

“There were a lot of run-off elections, but I’m glad that we have elected representatives now,” freshman Taylor Levy said.

Gajderowicz, the faculty advisor, said he hopes the group will make a significant impact on the Greenhill community.

“Our goal is to inspire and educate others to live by these larger principles that have the power to uplift members of our community in creating a culture built on showing honor and respect for others,” Gajderowicz said.