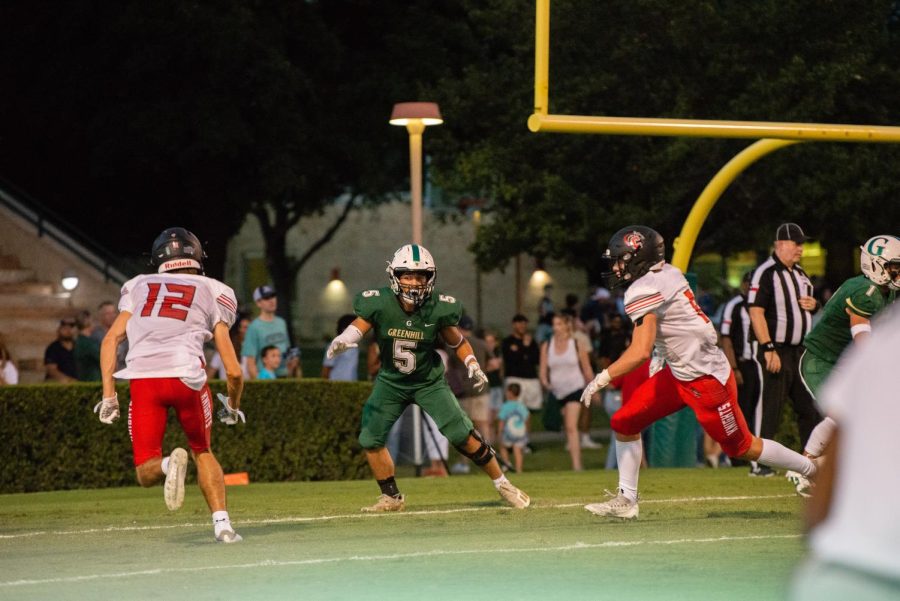 For the past couple of years, the varsity football team has struggled to get the number of players needed to make a complete football team.

This year the team has 15 more players than it had last year. Most high school football teams have 40 to 50 players. This year, the team will have no worries filling a roster, as 41 student-athletes are currently rostered on the team.

Varsity football Head Coach Tony Banks is excited about the team’s upcoming fall season and that having more players on the team will help the team out with certain aspects of the game that the team struggled with last year.

“Having more players on the team will help a lot in practices and certain drills where you need a complete team,” Banks said.

The first football game was Friday Sept. 2, as the team took on Coram Deo Academy at John Paul II due to Coram Deo not having their own home field. On Sept. 9, the Hornets suffered a loss against The Covenant School on the Brinkmann Field with a final score of 62-0.

This week the football team will be playing The John Cooper School at home.

“I’m beyond excited to continue the season this Friday with a complete roster on the sideline,” Banks said.