The Evergreen Online • May 10, 2021 • https://evergreen.greenhill.org/girls-tennis-team-received-second-place-in-southwest-preparatory-conference-championship/ 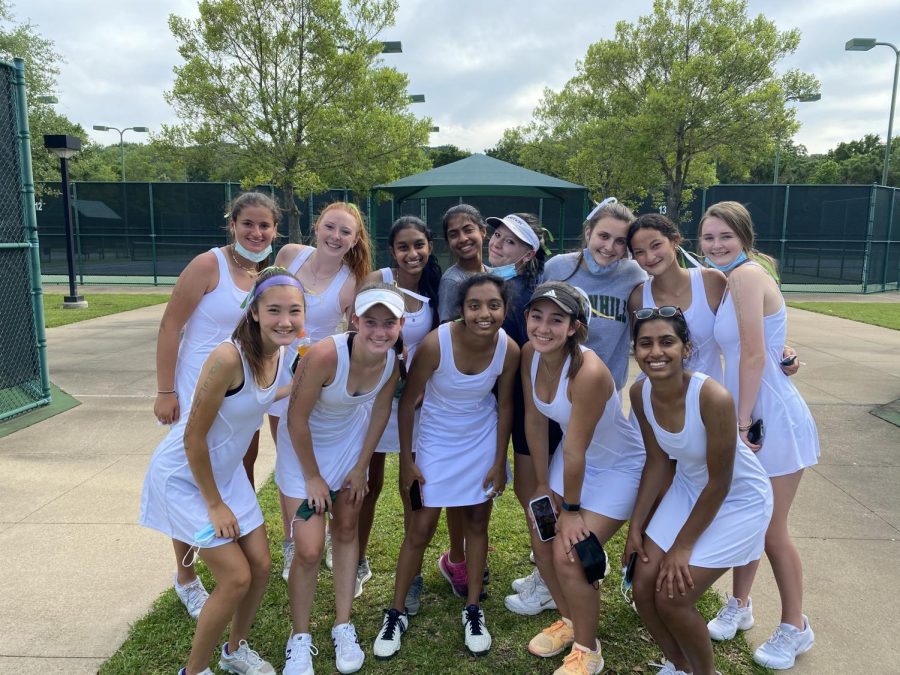 The Greenhill girls tennis team got second place in the Southwest Preparatory Conference Championship that occurred on May 7th.

During the tournament, there were five matches: three singles and two doubles. The final score for all of the matches was 4-1 in favor of the Falcons. Junior Arden Jefferds and freshman Pooja Sanghvi scored Greenhill’s point during the line two doubles game.