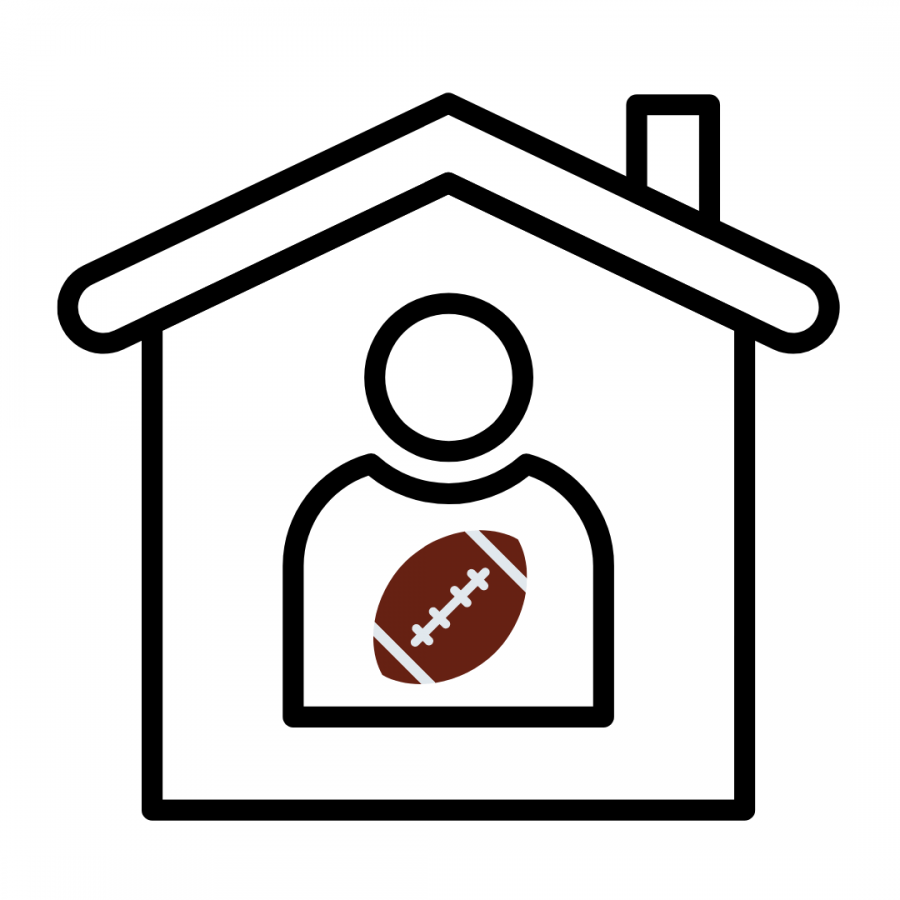 A 43-0 loss to Episcopal School of Dallas on Sept. 23 was only the beginning of a stressful start to the season for the Greenhill varsity football team.

Before the weekend was over, the team was in quarantine for a possible COVID-19 exposure, with the entire season hanging in the balance.

This is the story of the football team’s COVID scare, and how the team made it back on the field to resume its season—but only temporarily.

After their debut game, Head of School Lee Hark informed players in an email that a player on the ESD team, was exposed to COVID-19 and was symptomatic. The immediate course of action was to put all Greenhill football players who attended the game into quarantine, preventing a return to campus by those players scheduled to attend in-person classes in the following week as part of the A-L name rotation.

Hark learned about the potential exposure on September 25, the Sunday following the game, and acted immediately to prevent the potential spread of COVID.

That evening, Hark sent an email to all team members and coaches, calling for them to quarantine until further notice. He also contacted the Greenhill contact tracing team of six administrators to investigate the situation in an effort to limit further potential exposure.

“My immediate reaction was to begin to think about the implications for us, the safety for our players,” Hark said.

Hark said he contacted Director of Student Health Services Katie Trimmer and Chief Financial Officer/Chief Operating Officer Kendra Grace, “to initiate our procedures that we use when we know there is potential that our students were exposed to COVID.”

Players were upset, with some thinking that their season was going to end as swiftly as it began.

“I was extremely upset,” said senior captain Gregory Osler. “If I were to lose the game week against Trinity Valley, I would have felt miserable.”

As it turned out, that was the only practice the team missed. By Tuesday, the team had been informed that the ESD player had tested negative, and the Greenhill squad resumed practice that afternoon.

That Friday, the team returned to the field for a game against Trinity Valley School, which the Greenhill team lost 17-14.

Unlike some other fall sports, it’s easier for football players to get the virus due to the fact that it’s a contact sport.

“I worried more about the health of our players and their families rather than the outcome of the rest of our season,” junior quarterback Bennett Broadus said.

On Nov. 6, the team took the field against archrival St. Mark’s School of Texas. Greenhill lost 14-0, but it seemed as if the COVID scare was in the past.

But, one week later, the football Hornets are back in quarantine. A challenging season that began with pandemic restrictions is once again on hold.