The Evergreen Online • May 13, 2022 • https://evergreen.greenhill.org/farewell-to-greenhill-legends/ 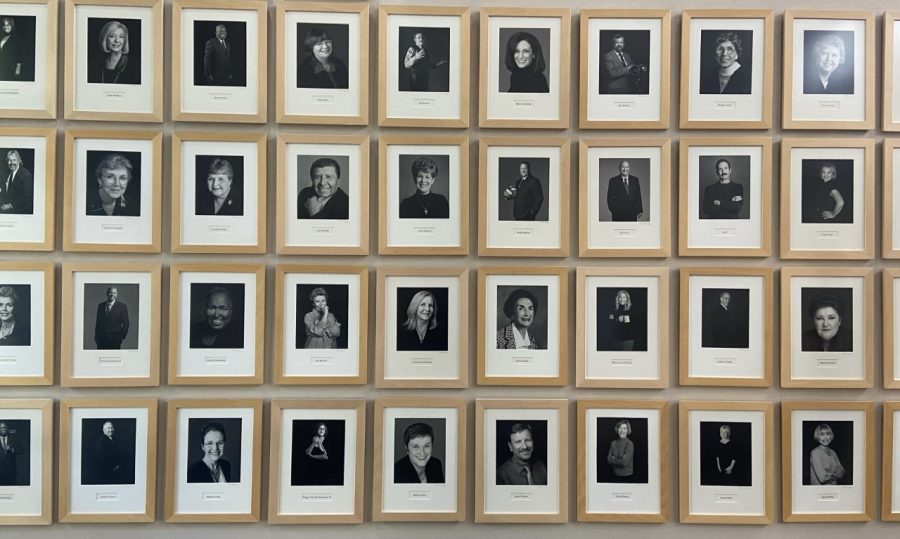 On Friday, May 20, Greenhill will honor Legends who retired during the year, and the past few years that were engulfed by the pandemic. A Legend is someone who has dedicated 25 or more years working at Greenhill.

Boulware-Tait served as the Lower School Office Coordinator for thirty years. Card was a PE teacher and a Middle School Basketball Coach for twenty-eight years.

Carroll-Hopkins was an Assistant College Counselor for 28 years. Turlington was a Middle School History Teacher for 25 years.

Paolissi, the only legend to retire this year, was a math teacher, improv teacher and junior varsity volleyball coach.

“I started off teaching fourth-grade math,” said Paolissi. “Then I moved to fifth grade. Then from fifth grade, I moved to sixth grade. All that time I taught mathematics.”

“I stopped coaching for several reasons,” he said. “One my mom was sick at that time and needed all my attention, so I could not travel. I quit coaching not because I wanted to, but because I had to.”

Paolissi would teach the kids the fundamentals and Nannie would fine-tune their skills.

Paolissi would teach the kids the fundamentals and Nannie would fine-tune their skills.

“I quit coaching not because I wanted to, but because I had to,” Paolissi said. “For about 15 years, I coached, I assistant directed, I sponsored the improv troupe and I taught math.”

He stopped teaching math six years ago, and that is when he made the full transition to the Marshall Performing Arts Center.