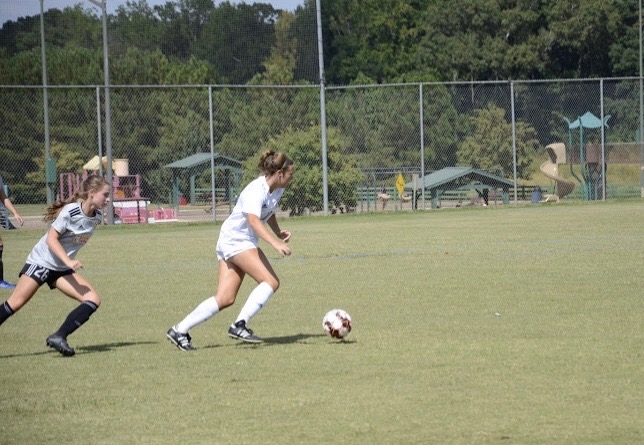 Reynolds has been playing club soccer with Solar Soccer Club for the past five years and has played soccer for the past thirteen years. She has been a part of the Greenhill varsity soccer team for the past four years.

Reynolds had other offers and was set on a different college before visiting Centre in person. Centre was the last college she visited before making an official decision. After visiting the school, Reynolds says she immediately fell in love with it.

“I loved the team when I met them and I know I’ll work really well with the coach as well,” said Reynolds.

Soon after her visit, Centre’s soccer coach offered her a spot on the team. Centre has a division 3 soccer program, which is something Reynolds is happy about.

“I’ve wanted to go [Division 3] since sophomore year, so I feel like Centre was the perfect fit for me,” Reynolds said. “They have really strong academics, but they also have a soccer team that is ranked 14th in the country, so it’s a really good balance for me personally.”

Reynolds is looking forward to her next four years at Centre College.