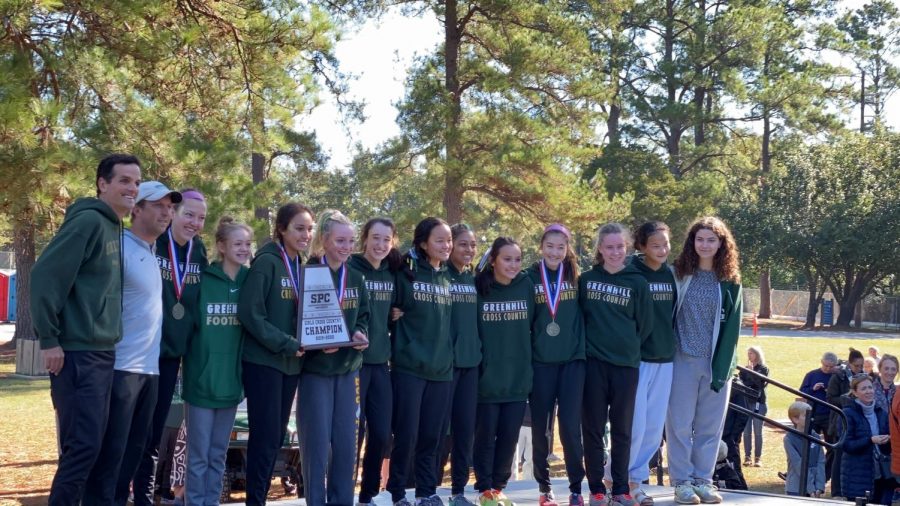 This title came as a result of an exceptionally talented group of runners, four of whom placed in the top 20 during the season’s final race. Joining Hatfield and Ness as top 20 finishers were Kendall Hashimoto, and Ella Dzialowski.

Hatfield, a team co-captain, dominated the 5-kilometer championship race with a time of 18:54.

Many Greenhill students tuned in to see the race on an Instagram live-stream.

The team was honored at an Upper School assembly on the Monday following the race.

Ness explained the key to the team’s victory: “All of us had good and bad days throughout the season but it’s how we picked each other up that prepared us for the challenge we encountered at SPC.”