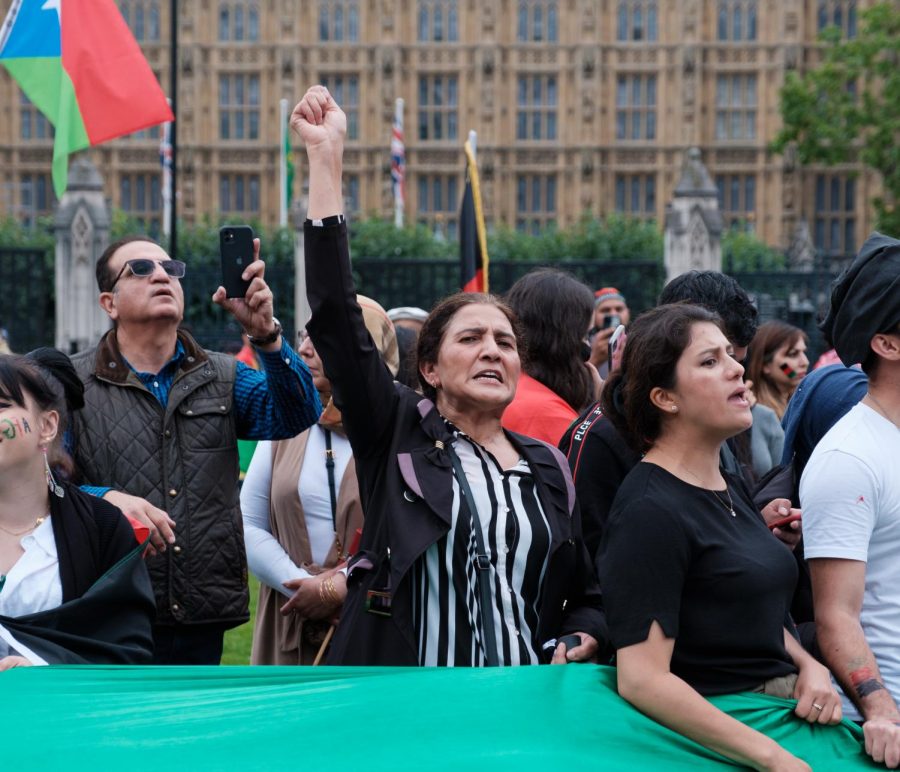 A protest in Afghanistan.

Taliban Takes Over Afghanistan
After the United States evacuated troops from the city of Kabul, it fell to the Taliban as the Afghan government collapsed. The former Afghan president, Ashraf Ghani fled the country, causing there to be confusion and panic among Afghans. The United States military has been working to evacuate diplomats and civilians from the city, specifically personnel from its embassy in Kabul. However, President Biden has been receiving criticism from moving slowly to relocate America’s Afghan allies because they are at risk of being harmed by the Taliban. The Taliban is now in control of cities and border crossings, so it is too late for many Afghans to find safety by leaving the city.

US Food Stamp Amount Increases
On Monday, Aug. 16, the Biden Administration stated that there will be increase government issues food assistance starting in October. The United States Department of Agriculture estimates there will be at least a $36 increase in average monthly benefit per person. The United States’ food stamp program, the Supplemental Nutrition Assistance Program (SNAP) uses a food plan called the Thrifty Food Plan. By revising it to provide families with more food, it is expected to help grow the food economy, create new jobs and benefit families.

COVID-19 Update
According to the World Health Organization, there were just under 4.4 million new cases reported in the week of Aug. 23-Aug. 29. After the number of cases reported increased for almost two months beginning mid-June, the cases during the last week of August remained similar in the to the previous week. The number of deaths during that week were just over 67,000. According to Reuters, about 14 million people in the United States received their first dose of a COVID-19 vaccine in August, which is about 4 million more than in July.