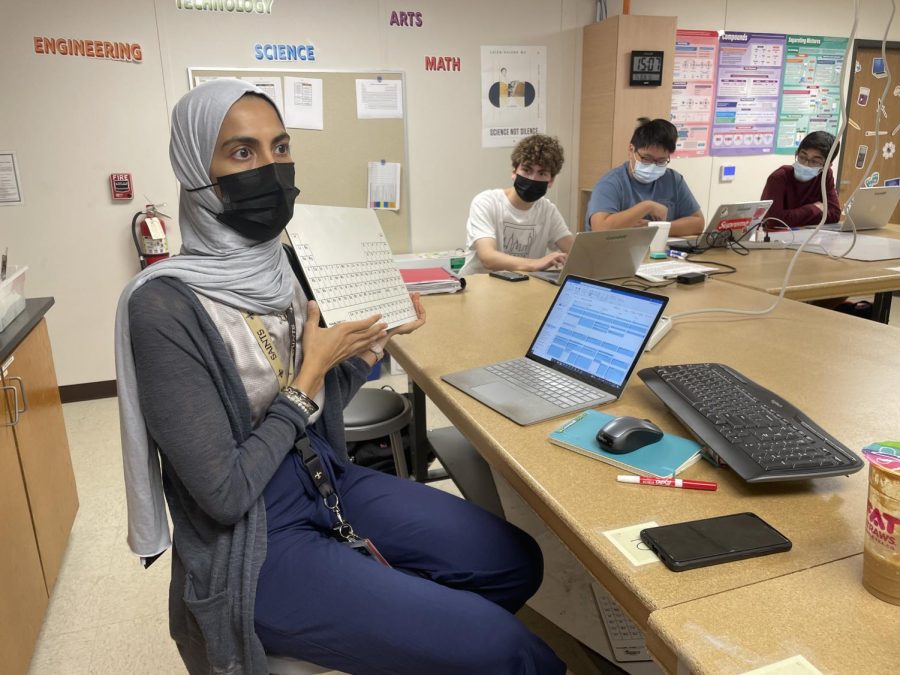 Hennah Abubaker, previously a Greenhill Middle School Science teacher, recently made the transition to the Upper School Science Department where she teaches three blocks of Chemistry and one block of Biology.

Originally from England, Abubaker got an undergraduate degree in Forensic Sciences because she has “always been interested in all things CSI.”

After getting her degree she went to work in a police department and specialized in victim care. It was at this time she discovered her passion for helping children.

Working on cases involving children, Abubaker said that “it hurts me to be around them if they’re hurt,” which made her realize the job was too taxing and did not suit her personality.

She then worked with the Crown Jewelers in England and spent some time designing jewelry. Afterward, she worked towards getting her post-graduate degree in teaching,

During that time, she ended up meeting her husband who was from America, and shortly after the birth of her daughter, she decided to “get her teaching career back on track”.

After earning her degree, she spent a year at a Dallas Independent School District school.

Following that job, she spent two years at Dallas International School, a French international private school. She taught many different classes there including a math course but says that she loves and prefers teaching science.

Her favorite thing about Greenhill is the diversity. “The diversity is a really big deal for me,” said Abubaker, “I didn’t actually realize how big of a big deal it was until I went to the People of Color Conference through Greenhill two years ago.”

Abubaker has done a fair amount of self-reflection since coming to Greenhill. From her struggles with being a woman of color in America, Abubaker said that she feels supported at Greenhill.