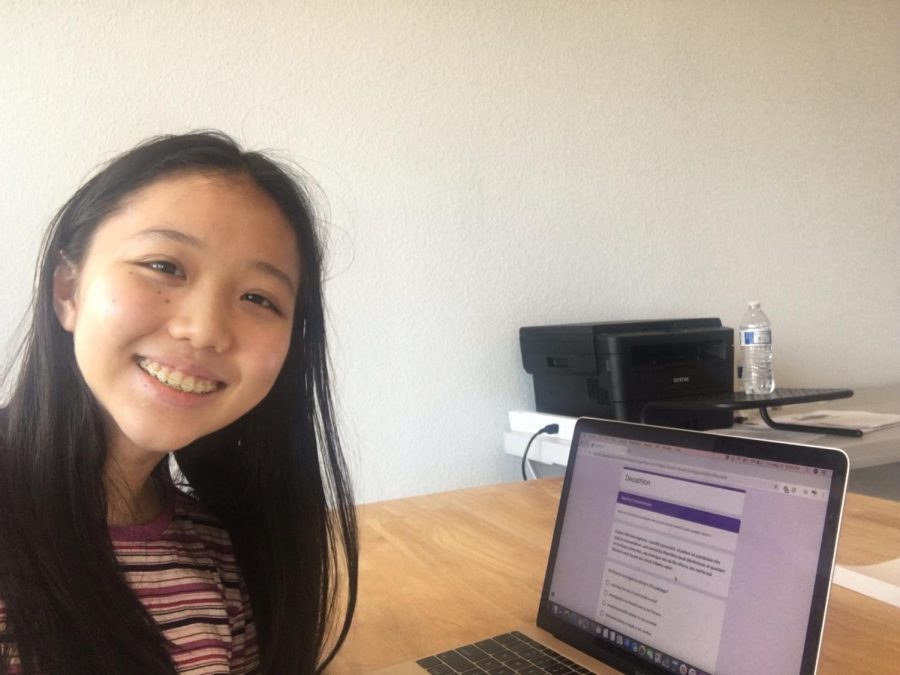 Although stay at home orders have taken away many things such as live graduation, honors assemblies, and sports conferences, Latin students have found ways to still compete and be recognized for their hard work.

Students taking Latin were recently notified about their National Greek Exam scores and had an opportunity to participate in an online competition by taking a different test, the Pentathlon test on April 25.

High awards such as Blue and Red Ribbons for this exam are given to students who reached the highest honors These students participated in an outside of class Greek tutorial during lunch throughout the second trimester of the school year in order to fully prepare for the National Greek Exam.

After the National Greek Exam, students were initially scheduled to attend the state competition, Texas State JCL (TSJCL) for the week of March 28. However, the event has been cancelled as a result of Covid-19. Despite this cancellation, elected TSJCL student leaders and the five State JCL chairs (elected Latin teacher sponsors) didn’t want to let all of the students’ preparation go to waste.

The State leaders of TSJCL found a way to provide students a way to be recognized for the work that they had done to advance from Area competition to State competition.

They were able to create an online Pentathlon test for students to take, which is a test that is given to all participants of the TSJCL convention. Results were quickly given out, and many Greenhill students were given high rankings.

There were many students that were recognized for their work from different levels of Greenhill Latin and Laura Hudec, Greenhill’s Upper School Latin teacher and Director of Modern and Classical Languages, explains the prominence of their achievements.

“Recognized performance on the Pentathlon is a big deal – normally, these scores would contribute towards the school’s sweepstakes score, along with all other students’ performance,” Hudec says.

“It’s basically equal to getting somewhere in the range of 1st to 5th place in individual competitive areas,” Hudec says. “At Texas State JCL competition, students compete in over 60 different areas, and strong Pentathlon performance is significant of an all-around academically excellent Latin student.”

Although the isolation has affected almost all of us in at Greenhill, the Latin community is doing their best to adapt to this situation, and they anticipate competing in more online exams and competitions.

“We are so proud of these students who participated in this event, and we look forward to a May TSJCL event of more distance-administered academic testing!” Hudec wrote in an email to her classes.