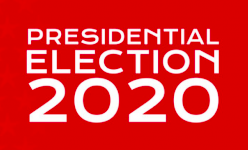 Vice President Mike Pence and Senator Kamala Harris faced off in the first and only Vice Presidential Debate on Wednesday, October 7, in Salt Lake City, Utah.

In the wake of President Trump’s positive Covid-19 diagnosis, the debate included increased safety precautions such as plexiglass barriers around the two candidates as well as 12 foot spacing between the moderator and the debaters. The debate was divided into nine ten-minute segments, each candidate will have two minutes to respond to opening questions.

The debate centered around Covid-19, jobs and the economy, healthcare, climate change, policing, and voting.

What were your overall thoughts on the debate?

“I thought that the debate was much more civilized. The two debates shared almost no resemblance,” said senior Javy Bautista.

“I felt that this debate was writ with hypocrisy. I felt like the debaters were trying to push a narrative rather than give their actual opinions on certain policies,” said senior Carter Weinstein.

Was the debate more informative and helpful than last week’s debate?

“After watching this debate, I felt like I knew more about either candidate. It was informative and entertaining, and I was extremely happy with how the debate turned out.,” said senior Ben Blumenfeld.

“While I felt like the debate was more informative than last weeks, it still felt like either candidate is trying to push an agenda rather than answering policy questions,” said junior Jacob Lieberman.

What were your favorite moments from the debate?

“My favorite moment of the debate was the level of maturity displayed by both candidates. Further, I liked it when Kamala really put on a strong front and asserted herself as having the floor when she was being interrupted.  It was really inspiring,” said senior Ryan Newman.

“Even though it took away from the overall debate, the fly of Mike Pence’s head made my evening. It served as a much-needed laugh during the debate,” said senior Jordanna Goldstein.