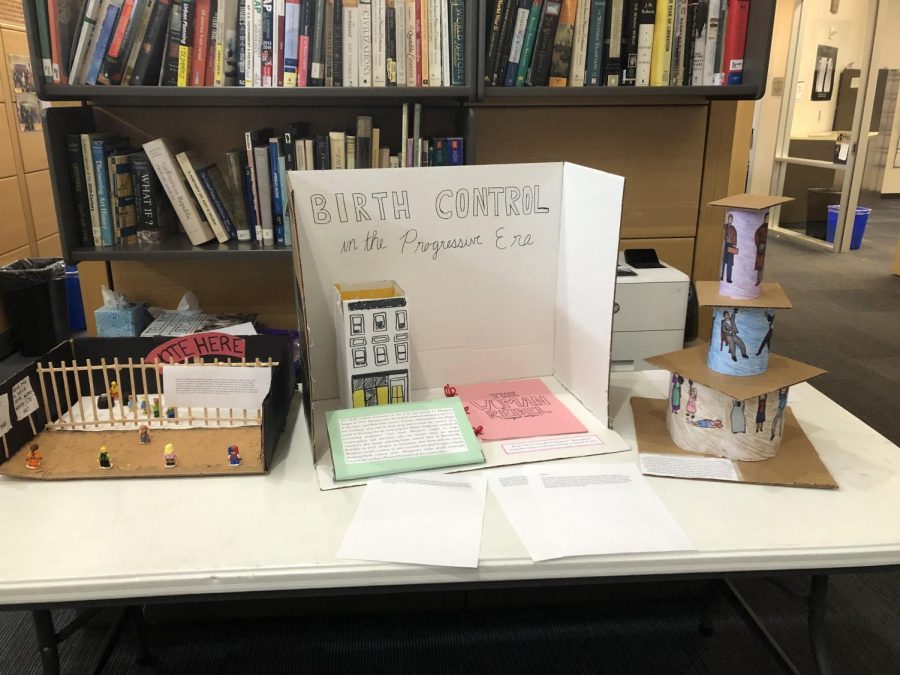 The “Museum of the Progressive Era,” featuring projects from tenth grade Upper School history students, is now open in the US history pod.

Poster boards and exhibits are displayed around the pod, highlighting prominent issues during the Progressive Era.

“Students were asked to create an exhibit that would teach the student body about an aspect of the Progressive Era,” said Amy Bresie ’96, Upper School History Department chair. “They were given a list of potential topics but they also based their choices on materials we looked at in class.”

Students worked solo or with partners to create their exhibit. They could model their displays on events, people, campaigns or movements.

Among the topics discussed in the museum are the 1911 Triangle Shirtwaist Fire in New York City, which killed 145 workers and led to advances in workplace safety. Other displays highlight the 1893 Columbian Exposition, Anthracite Coal Strike, Armory Show and Chinese Exclusion Act.

Each of the projects includes a plaque that describes the accurate historical details of the event. Students also submitted a bibliography containing at least 6 sources.

In class, the students discussed their thoughts on the legacy of the museum. Each created a thesis to justify the success of the Progressive movement, citing evidence from peer’s projects, their own research and what they had learned in class.

“The purpose is to get students to think about how we remember the past and to figure out ways to draw attention to important issues,” Bresie said.

The projects will be on display until December 6.